While we think of the question of slavery coming to a head with the Civil War, in reality it was already being contested as the United States became its own sovereign nation. The international slave trade was abolished through the Slave Trade Acts of 1794 and 1800 and the Act Prohibiting Importation of Slaves (1807), although the domestic trade was still legal, and there were no prohibitions against owning slaves.

During the decades leading up to the war, abolitionists encouraged manumission (voluntary freeing of slaves) and agitated for outright emancipation, preferably immediate, sometimes with the idea of repatriating blacks to Africa. In the meantime, the issue of slavery shaped the growth of the nation, with legislation like the Missouri Compromise, the Compromise of 1850, and the Kansas-Nebraska Act (1854) attempting to keep a balance between “slave states” and “free states” as new territories entered the union. As the balance tipped toward “free states,” the “slave states” gained ground with the Fugitive Slave Act (1850) and the Dred Scott v. Sanford decision (1857).

During the Civil War, enslaved people in the South were freed by the Emancipation Proclamation in 1863, and the Thirteenth Amendment in 1865 abolished slavery for the whole country. From 1865-1872, the Freedman’s Bureau aided formerly enslaved people in the South in becoming self-sustaining members of society; it was part of the much larger program of federal Reconstruction (1863-1877). By the end of the Reconstruction period, most Southern states had begun to enact Jim Crow laws, which made it very difficult for African Americans to truly achieve equality.

The guide does not seek to provide in-depth history or commentary on such a complex topic. In addition to the brief account above, these short descriptive essays, from databases accessible via UA Libraries, may be helpful in providing a more detailed big picture view:

This guide is designed to give an overview of our holdings on the subject of the slavery debate and emancipation, with commentary to put various categories of resources into perspective. It offers a robust list of resources reflecting the history of and discourse surrounding domestic slavery in the United States, as well as advice on how to find more such items and collections.

The guide is divided into three main sections:

Material in this section shows the transactional nature of the institution of slavery, from enslaved people’s status in religious organizations to their purchase and rental and disposition in wills. 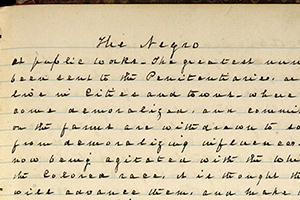 Material in this section includes items on various topics pertaining to slavery, from accounts of the slave trade and the plantation system to more personal documents chronicling details of the lives of free and freed African Americans or containing the views of Whites on slavery, emancipation, and racial equality. 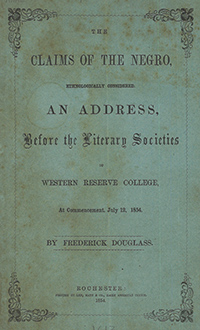 Items in this section are part of the wide-ranging antebellum discourse about slavery as an institution. Some were composed as books or essays, while others may be records of oral formats like speeches or sermons. 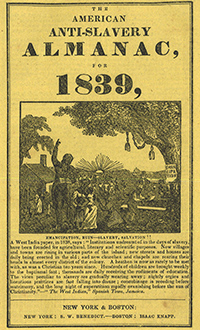 Items in this section were part of the slavery and abolition discourse, but as they pertain to specific topics within the field, they have been grouped and then gathered into this section. 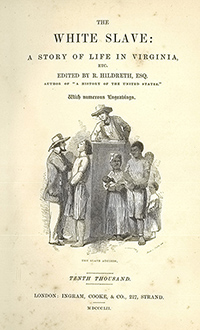 Stories about life in the South have always been a serious part of the discourse surrounding slavery. Whether real or fictional, they communicated aspects of the institution and its effects that other forms of discourse could not. 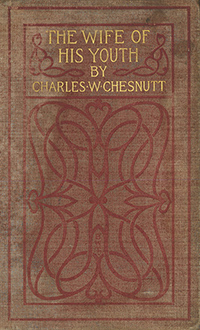 The use of literature and memoir to make claims about the antebellum South and its treatment of enslaved people didn’t end with the Civil War. It forms an important part of the “lost cause” narrative of the Confederacy, which actively continued into the early 20th century. Other writers attempted to counteract that narrative as well as shine a light on the life of African Americans in the post-war South.