The A. S. Williams III Americana Collection, housed at the Gorgas Library at the University of Alabama since 2010, is an extensive collection of Americana. Assembled over forty years by insurance executive and bibliophile A.S. Williams III of Birmingham, Alabama, the collection is an exceptional archive of southern history and literature in size, rarity scope.

The Collection includes some 20,000 volumes and pamphlets published between the late-seventeenth century and 2009. These pertain to the U.S. presidents and the history and culture of the South. The Civil War is particularly well represented, with some 6,000 volumes published from the earliest days of Secession to the present. These materials reflect the observations of the Union, the Confederacy, European visitors during the War, veterans, and subsequent generations of scholars. The Collection also contains a wide variety of archival materials ranging from the mid-eighteenth century to the Great Depression. Particularly noteworthy are some 18,000 Southern photographs taken between the 1850s and the mid-1930s. These document merely the people, places, and events of the South, but the spread of photography as a commercial enterprise as well. Smaller collections include early Southern maps; the African-American experience in the South; the financial history of the early United States; and more than 3,000 volumes of Southern fiction.

Likenesses Within the Reach of All 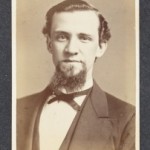 The Southern Cartes de Visite Collection is a digitized group of 3,356 photographs taken between 1850 and 1900. Small, albumen images mounted on cardstock, de visite allowed customers to easily and inexpensively share photographs, with friends, family colleagues. The collection represents a wide range of southern galleries and studios from when the prints were the most popular format of the nineteenth century. The project includes a map showing the locations of the studios, data visualizations about the collection, a database listing all of the photographs and their identifying information, and access to the photographs themselves.

Scenes from the Lincoln Normal School

The Lincoln Normal School, in Marion, Alabama, was an important institution in the history of African American education in the South. Founded by freed slaves shortly after the Civil War, it educated students from kindergarten to high school, with a special focus on teacher training. It was open for more than one hundred years, from 1868 to 1970. The A.S. Williams III Americana Collection owns two rare photograph albums kept by teachers at the school in the early decades of the twentieth century. The exhibit uses these images to illustrate the history of the school, its campus, its students, and its faculty during this time.

The American Civil War collection covers both the Union and Confederate sides of the struggle and the Collection contains a number of rare volumes. Based on current information, the Collection may hold the only copy extant of some titles. The books and pamphlets are supplemented by an important group of Confederate imprints, that is, books and other publications printed in the Confederate States from 1861 to 1865. The Collection is further enhanced by original art, including works by Allen C. Redwood and Edwin Forbes, prints and lithographs, including E.D.B. Julio’s “Last Meeting of Lee and Jackson”, Civil War manuscripts and major photographic archive.

The African-American experience in the South is well represented in the Collections from original to photography, to extensive holdings in the book and pamphlet collection. A special effort has been made to collect significant material on Tuskegee Institute, Booker T. Washington, and George Washington Carver. 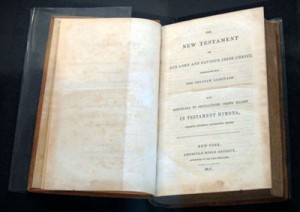 The Collection houses more than 20,000 volumes and 3,000 pamphlets, covering five major areas: the American presidency, the American Civil War, the history and culture of Alabama and the South, Southern literature, and pre-Civil War American history. Sub-collections include slavery and African American history with an emphasis on Tuskegee Institute, the Southern Indians, and an important grouping of books issued from the press of publisher Walter Neale. It also contains a substantial portion of the output of Palaemon Press, a small, independent Southern literary publisher.

The presidential collection includes a considerable quantity of manuscript material and ephemera. Every president is represented by a significant grouping of volumes, including contemporary works, secondary scholarship and, where published, scholarly annotations of their public papers and addresses. The Collection holds at least one document signed by every past president and contains a number of books signed by various presidents. The Collection is further enhanced by a collection of political campaign buttons and other political ephemera. 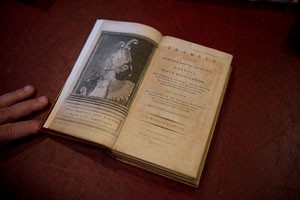 The Collection holds important books and pamphlets on Southern history, with a particular emphasis on Alabama. This section is rich in personal narratives, county histories, biographies, and scholarly monographs. The pamphlet collection is strong in rare Alabama and Southern titles including African-American history, church history, and town histories. A significant number of rare titles are held on southern Native Americans, including first editions of early travel narratives through Georgia, Alabama, Florida, and the Carolinas. Mr. Williams also assembled an extensive collection of Southern literature. Every major Southern writer is represented, along with but important authors. The collection is rich in first editions, rare books, signed copies, limited editions, and manuscripts. The Williams Collection also includes contributions by these authors to obscure magazines and periodicals. The literature collection is supplemented by photographs, correspondence, and other original materials relating to a significant number of authors. Highlights include Langston Hughes’ and Zora Neale Hurston’s earliest and most important works, an extensive collection of works by the Fugitives and the Agrarians, and a comprehensive collection relating to Robert Penn Warren. Rounding out the fiction collection an extensive archive of correspondence of Alabama authors and the inventory of a mid-twentieth century bookshop in Mobile.

History of the Republic

The Collection holds a significant number of titles on the history of the United States, with an emphasis on the early history of the republic. This section includes contemporary history, personal narratives, scholarly works, collections of papers relating to influential persons of the era. Influential figures like Henry Clay, John C. Calhoun, Daniel Webster are well-represented, as well as books on the judiciary and the Constitution. A high spot in this area is a first edition set of the expedition of Meriwether Lewis and William Clark (Philadelphia, 1814).

The photographic archive consists of over 18,000 images divided into three major categories: the Southern Photographer, 1860-1910, the American Civil War, and general Southern photography. The Southern Photography collection documents the formats, period, and place of Southern photographers from Maryland to Texas in the late nineteenth- and early . This part of the collection includes approximately 4,000 images and documents about 2,500 different studios. Adding to the research value of this archive is a collection of earlier daguerreotypes and ambrotypes, photographic reference books, articles, and biographical sketches of Southern photographers. The Civil War archive comprises a number of de visite, stereographs, and larger albumen photographs of various subjects. The de visite are of important Civil War personalities, outdoor scenes, and men from both armies. This archive is also augmented by a substantial number of reference books and data on Civil War photographers. Highlights include a rare set of Alexander Gardner’s Photographic Sketchbook of the Civil War, published in Washington, D. C. in 1866. The collection also contains extremely rare cartes de visite of the execution of the Lincoln assassination conspirators. The general Southern photography archive emphasizes Alabama and contains a significant number of unpublished photographs that reach into the 1960s. Important sets within this archive include the operations of the Tennessee Coal, Iron and Railroad Company near Birmingham, civil rights activities in Georgia and Alabama, and a personal archive maintained by Mrs. Jennie C. Lee, a choir director at the Tuskegee Institute.

The print collection is strongest in Civil War-related graphics, from rarities as Julio’s “Last Meeting of Lee and Jackson” to a set of Adalbert Johann Volck’s “Confederate War Etchings”. There are a number of items related to the early history of the United States, especially the American Revolution. Included in this segment is a rare John Trumbull print of General George Washington from 1781. 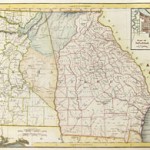 The map collection focuses on Alabama and the American Civil War with a number of maps relating to North America generally as well. The Alabama portion contains important early maps not only of the state, but of various counties, cities, and townships. There are also a number of Alabama city atlases in the collection. The Collection also holds an original set of the rare Atlas to Accompany the Official Records of the War of the Rebellion.