Check out the instructional and troubleshooting guide to help get you started with Oculus Rift.

What is Oculus Rift? 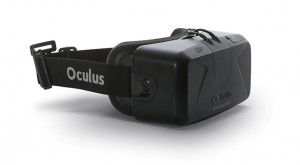 Invented by a VR enthusiast named Palmer Luckey, the Oculus Rift is a set of virtual-reality goggles that will work with your computer or mobile device. After he showed a prototype at the E3 gaming convention in 2012, Luckeyfounded Irvine, Calif.-based Oculus VR with Brendan Iribe, who became CEO. The two launched a Kickstarter project in August 2012 to sell prototype developer versions of the Oculus Rift, raising $2.4 million. Since selling out of the original Oculus Rift development kit, the company has launched a revamped $350 Development Kit 2 (DK2) model while continuing to work on its eventual consumer version.

On Mar. 25, 2014, Oculus VR was purchased by social networking giant Facebook for a combined $2 billion dollars. Facebook CEO Mark Zuckerberg said that the headset “has the chance to create the most social platform ever,” though we don’t know how exactly the website will utilize the Oculus Rift. In an interview with Polygon, Luckeysaid that Oculus VR will continue to operate in its Irvine headquarters, and will use Facebook’s backing to create a better, more affordable product.