Likenesses within the Reach of All 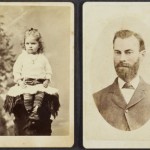 The Southern Cartes de Visite Collection is a recently digitized group of 3,356 photographs from circa 1850 to 1900. Small (2 1/2 by 4 1/2) albumen images mounted on cardstock, cartes-de-visite allowed customers to quickly and easily share photographs with friends, family, and colleagues. These photographs represent an impressive range of southern studios during a time when the prints were the most popular and inexpensive form of portrait photography. These “visiting cards” are from the A.S. Williams III Americana Collection, part of the Division of Special Collections at The University of Alabama Libraries.

Scenes around the Lincoln Normal School 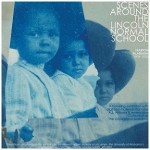 The Lincoln Normal School in Marion, Alabama was an important institution in the history of African-American education in the South. Founded by freed slaves shortly after the Civil War, it educated students from kindergarten to high school, with a special focus on teacher training. It was open for more than one hundred years, from 1868-1970.

The A.S. Williams III Americana Collection, part of the Division of Special Collections at the University of Alabama Libraries, owns two rare photograph albums kept by teachers at the school in the early decades of the twentieth century. The exhibit uses some of the images from these albums to illustrate the history of the school, its campus, and its students and faculty during the early decades of the twentieth century.

In August 1914, when the major European powers mobilized for fighting, the United States attempted to remain neutral. However, as this Great War was truly a world war, it felt the impact anyway.

The Americans involved in this tragedy were no bit players in the drama. While their involvement may have been short-lived, four million Americans were mobilized. Among them, around 116,000 were killed and more than 200,000 were wounded. Below are the stories of four of the four million: two Army officers, an Army doctor, and a civilian aid worker.

Life in a Company Town 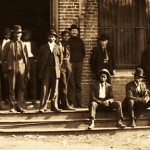 If you’ve heard of a “company store,” it’s probably because of Tennessee Ernie Ford’s rendition of the song Sixteen Tons. Among other things, the song illustrates one of the negative aspects of life in a mining town: becoming indebted to the company.

When you worked for a coal or ore mining company in the early 20th century, it dictated many aspects of your life, such as when and where you worked, right down to the house you lived in — furnished by the company, in one of its towns. 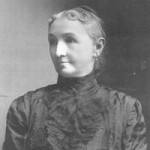 Looking to the past can force us to confront complicated issues and even more complicated people. Among the three women presented in this exhibit, one wrote antifeminist novels, some that are propaganda pieces for the antebellum southern way of life; one was a white woman who wrote African-American folktales, often in dialect; and one simply did not accept the new changing face of modern poetry.

Seen from our twenty-first century perspective, their ideas are often problematic, but that perspective is a product of the very changes they lived through — in science and art, philosophy and society.